My projects as bioengineer at the hospital

I worked for a year at a hospital. It was not the best experience ever, but it was very insightful. 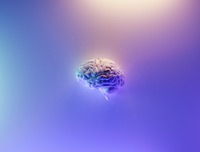 Insightful about what working life was.

Insightful, more than anything, about what I didn't want to do.

One year at an hospital

Looking for a job

One of the best things I did at the hospital was the projects.

It was the best because it allowed me to endorse and improve my technical skills and because it was much more interesting than just supply technical support.

Of course, they were not the best projects ever, although really what I was not comfortable with was the fact, that they were not complete projects or projects I was implied at.

It was more like participating in a particular aspect of the project and that was all, I barely had feedback about the whereabouts of the project.

Still, as the main goal of this blog is to provide information and help for fellow and future biomedical engineers, so I am going to list them so you can get an idea of what you may expect.

Before listing what I did, I remind you that I worked mostly with MRI: Magnetic Resonance Imaging, even if I was brought to use other methods and tools as well.If you want to learn more about Image analysis in Biomedical Engineering, you can go to the section of the blog.

- FAT: This was part of a study that was centred on  the amount of fat that could be found on rats and how it affected them. It was part of a larger study on obesity. I had to use image analytics as well as statistical methods to extract conclusion about it.

- KYPHOSIS: Kyphosis, also known as roundback or hunchback, is a condition in which the spine in the upper back has an excessive curvature.

The upper back, or thoracic region of the spine, has a natural slight curve. The spine naturally curves in the neck, upper back, and lower back to help absorb shock and support the weight of the head. Kyphosis occurs when this natural arch is larger than normal. 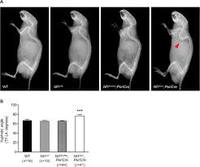 -BRAINS : Similarly I could study the rat's column or fat, I had also a whole project comparing the brain's size to see the effect of different diseases on them.

- EMBRYOS: One good thing about the RMI techniques in pre-clinical studies is that they allow visualizing very tiny structures, even mice's embryos.

This was a big project, in which the idea was to identify all the phenotypical modifications due to genetic diseases.

Lafora disease is an inherited, severe form of progressive myoclonus epilepsy. The condition most commonly begins with epileptic seizures in late childhood or adolescence. Other signs and symptoms include difficulty walking, muscle spasms (myoclonus), and dementia.

These mutations in either of these two genes lead to polyglucosan formation or lafora body formation in the cytoplasm of the heart, liver, muscle, and skin.

EPM2A codes for the protein laforin, a dual-specificity phosphatase that acts on carbohydrates by taking phosphates off.

NHLRC1 encodes the protein malin, an E3 ubiquitin ligase, that regulates the amount of laforin.

We performed a whole study related to brain signals and data management.

I made a program on Matlab that allowed me to access any of the DICOM image results without having to sort them. Making it easier and quicker to find the files we were searching by tagging the title and its characteristics. By implementing an app for everybody adapted to any computer.

As part of the studies with rats, there is necessary to follow the movements of the animals in a particular circumstance and to have a track of the evolution. Therefore, I used Matlab to develop 3 different and customized chronometers adapted to the particular aspects of the experiences so the three big groups of rats could be customized.

To make life easier for the laboratory technicians, I used Visual Basics to automatize the excel sheets they were using. Thanks to macros, I also made it interactive, and therefore more intuitive.