When you have to choose a career - some advice

One of the questions that people often ask me when I tell them that I am a biomedical engineer is, "What is that?", or the other, quite politely version, "And what do you do exactly as a biomedical engineer?" which means "what the fuck?". I already answered that question in the first post of this blog, which can be found here.

And then, once that is explained, I am also frequently asked why did I choose that path?

And that one, even if it should be easier to answer, proves itself to be much more difficult than I thought at first. 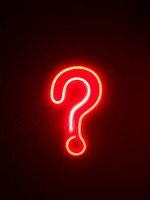 That might be related to the fact that maybe we are asked too early to make important life choices. I mean, how are we supposed to know, at eighteen, almost still kids even if convinced otherwise, what we want for our future? Which kind of life do we want to have, when we are still not experienced enough? And even though we had, life is so changing, challenging and surprising, that we are likely to change our point of view among the years.

But that is for another debate, as our society works the way it does, and we cannot change it.

So, the question remains.

Why did I decide to study this newish career??

The truth is I do not know. Of course, it had something to do with the fact I loved sciences too much, and that I had decided long, so long ago, that if I had to choose a thing to dedicate my life to, it had to be science. Not that I don't like other disciplines, but still, I had to choose which one of my so many passions had to be the one that allowed me to live, and I was appealed to by science.

Then, once that decision was taken, I had to think about which kinda scientific I wanted to be. Pure science lover, working at a lab, doing theoretical research for the love of knowledge itself? Or maybe an engineer, a more focused way to make science, to apply it to real problems?

And when I had that clear, which field of science to choose? Natural science, a discipline at which I was excellent? Maybe Chemistry, or Physics, which I loved?

The question was hard to answer. I had to do many searches, about what any of those things implied. There goes my first advice: you have to search. A full search. It is not enough to ask about what people around you think. That of course is important, as you should ask as much as you can. But not enough. The reality is that you cannot have a complete overview of what a career implies. Even less if it is a new one like mine.

When I entered it in 2012, we were the second promotion here in Spain. I looked for doing it abroad, particularly in France, as I am part french, and it was almost the same. There was not that much information about it.

At most, I had access to what the subjects were gonna be, but of course, what kind of real information is that?? In the end, a career is at least five years of continuous knowledge learning, if not more, so hard to summarize.

So, in general search as deep as you can, but keep in mind you'll never have the whole picture, but the more you know about it, the better it is.

And, what a good search is?

Well -- second advice -- I think that the most important thing is to ask about the professional outings.

It is by far the most important aspect you should ask about, what I am gonna do once I have my degree? My master? Where I am going to work, doing what?

The reason behind this advice is that studying a career and working have nothing in common. They are very different worlds, and even if you are lucky enough to work in the field you like the most -- because we are going to be reasonable, it is almost impossible to like every aspect, every subject about the career -- even if you do something you deeply like and enjoy (which is very hard during the first years, but we'll talk about that in another post), it is not the same as studying.

Perhaps is it the fact you have responsibilities, or the tense rhythm of work, or to have a boss. But the truth is that as much stressing as the career might be, it is calmer, and has another optic. In a career you are left to work by yourself, that is true, and more if you are doing an engineering career -- there you can be sure everything is up to you -- but at least you have some kind of freedom about that.

Working, with my one year experience, is nothing like that.

So the most you know about what your future work is going to be like, the better it is.

Then you can think about more precise questions:

In which country will I like to work? What specialty do I prefer? How many hours per day I am going to work? What about the salary?

You do not need to have an answer to everything at first, but you might think about it as time goes on.

Of course, do not take the advice in a too serious way.

Well, because of the last three pieces of advice I am going to tell you.

* First, there is always time to change.

So even if it's better to be prepared, it is okay to make a mistake. Look at me. I was pretty convinced until the very last moment I had to choose, that my first option was going to do Aerospatial Engineering. Biomedicine was the second choice. Literally, until the last second, when I had to write down my preferences, I was convinced about that.

Then I changed my mind, and in a heartbeat, it was done. When I arrived at home, I announced that I had asked for Bioengineering.

As once you are studying at the university it doesn't matter anymore if you are the first of your class, at least not the same way it mattered at school, the most important thing is to know how to react to the different situations you are confronted too.

I don't imply that I did not do mistakes during the almost six years I was studying (five years of degree and a master's). I did. So many. I will talk about it later.

Enjoy, with all your soul, the universitarian life. It's a good life. A lot of work to be done, lots of exhausting studying nights and days at the library. But also parties, going out with friends, traveling, knowing so many new people, having the time of your life, with no big responsibilities nor worries. Acknowledge it. It is easy to be oblivious of it has an end, or what comes next. Do not do that mistake. Enjoy it so much, but prepare yourself. The end will be easier, and you won't feel, as I did, that you were in a bubble and someone popped it.

Take any possible opportunity you have to be involved in universitarian life, to use the tools they offer you, to be implied in hackathons, meetings, activities, etc.

Hope those general's advice will be interesting for you.

Now, to have a more precise reason of why choosing Biomedical Engineering and why not, I will leave those articles here: